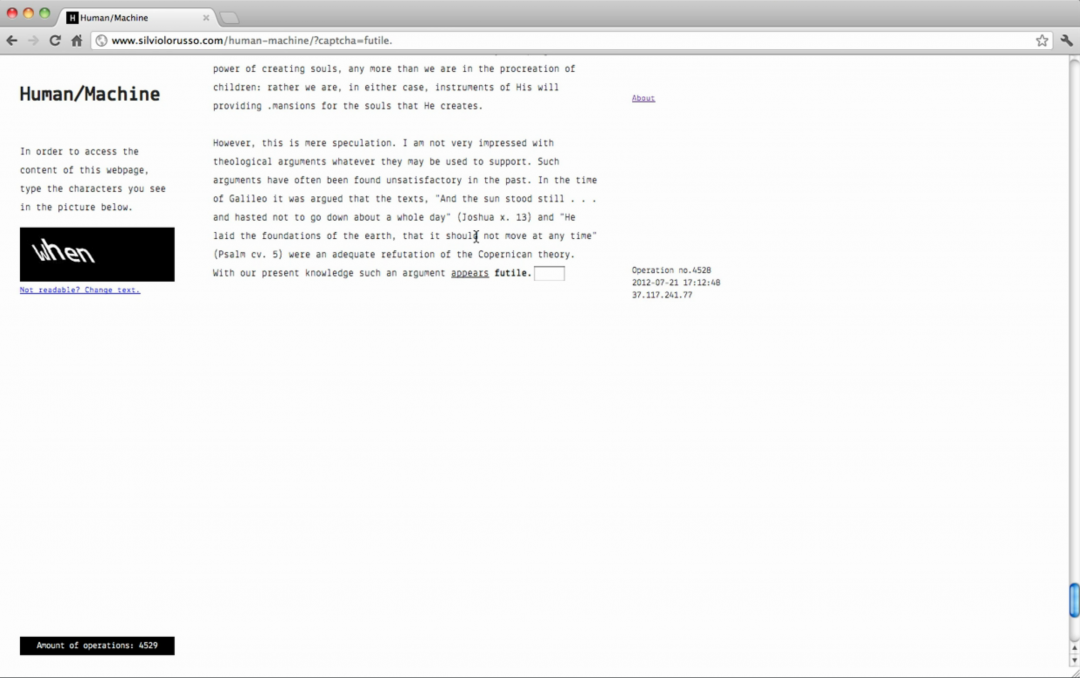 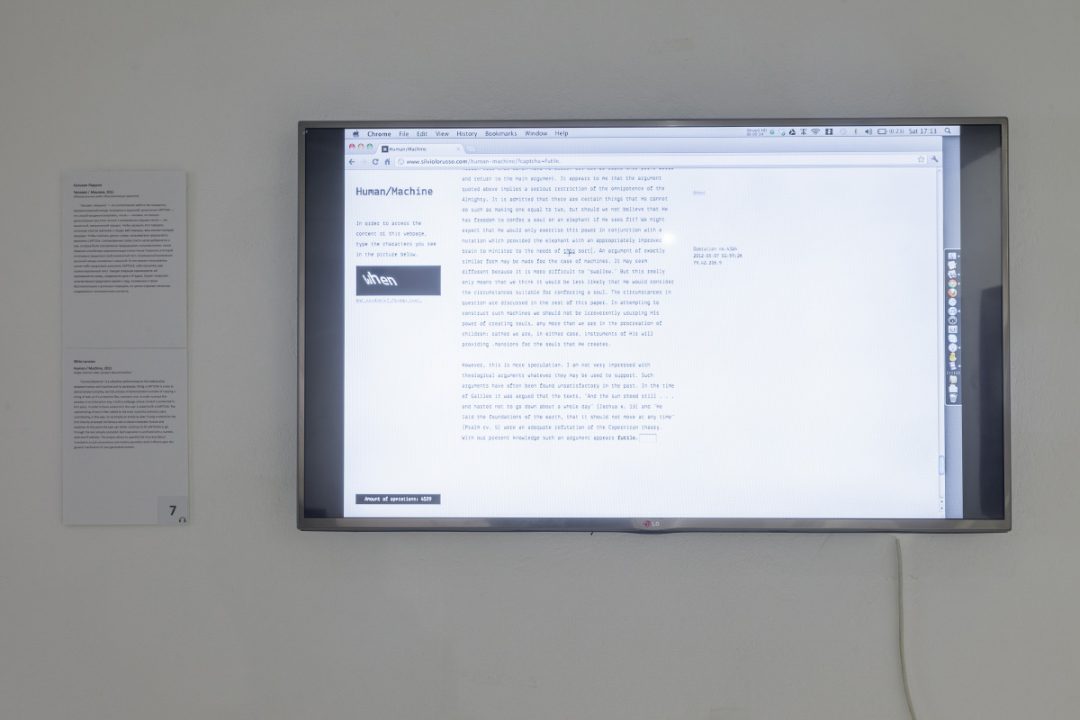 Human/Machine at I’m not a Robot, Moskow, RU

Human/Machine is a collective performance on the relationship between human and machine and its paradoxes: filling a CAPTCHA is a way to demonstrate humanity, but the process of demonstration consists of copying a string of text, so it’s a machine-like, mechanic one. In order to enact this paradox in an interactive way, I built a webpage whose content is protected in first place. In order to have access to it, the user is asked to fill a CAPTCHA. The copied string of text is then added to the ones copied by previous users, contributing, in this way, to recompile an article by Alan Turing in which for the first time he proposed his famous test to discern between human and machine. At this point the user can either continue to fill CAPTCHAs or go through the text already compiled. Each operation is archived with a number, date and IP address. The project allows to quantify the time and labour invested in a such unconscious and routine operation and it reflects upon the general mechanism of user-generated content.