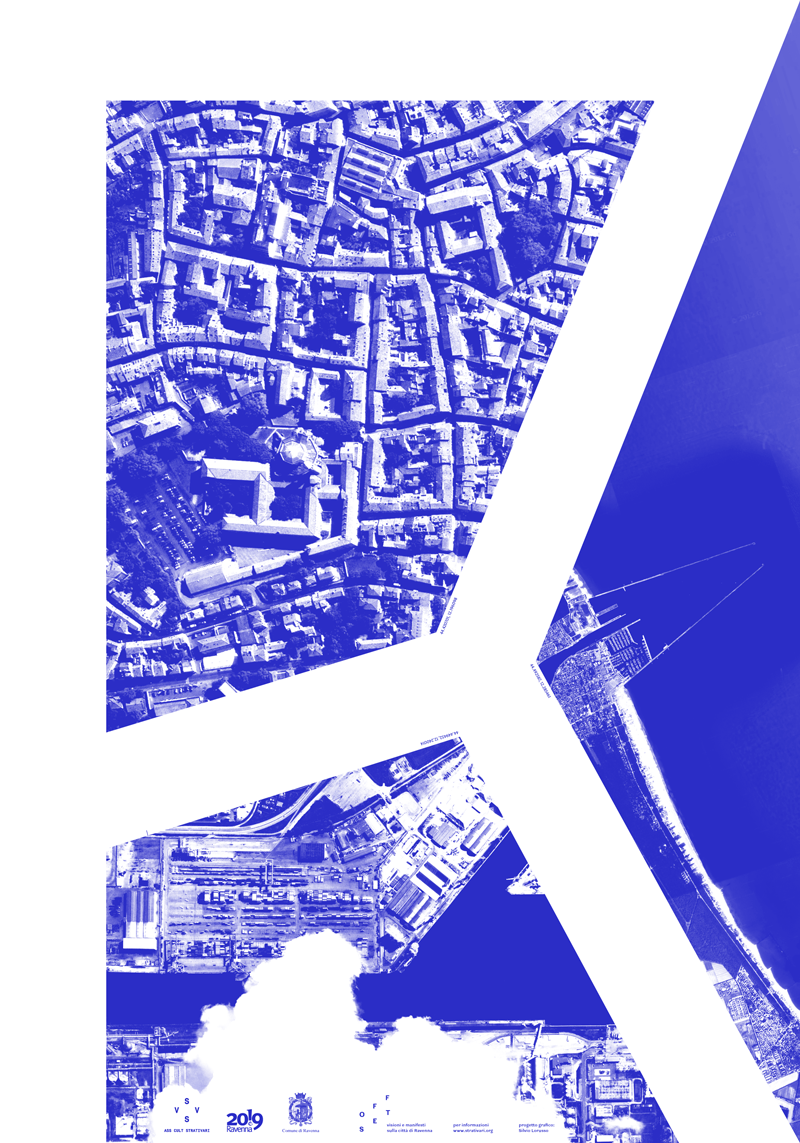 Offset, a project by Strativari, is an investigation of the city of Ravenna through the eyes of five Italian graphic designers: Erica Preli (Bologna), Silvio Lorusso (Bari), Ilaria Marengo (Genoa), Stefano Faoro (Belluno) and Lorenzo Bravi (Urbino). They spent a week in the city, having the possibility to conduct their own research. The residency resulted in five posters affixed throughout the city.

Presentation of the project: silviolorusso.com/offset

From the description of Interstices: «Ravenna is widely known as the city of mosaics. Nowadays several artists based in Ravenna include this technique in their practice. Among these, the collective CaCO3 carries on a formal research on the different parameters which characterize mosaics: size of tiles, trend, color and interstice. This last parameter seemed particularly significant to me because it allows a wider interpretation of the mosaic: the interstice is the empty space that gives shape and unity to the composition relating its elements. With the aim of designing a poster, I tried to decline the parameters of the mosaic according to the tools of graphic design and typography. In particular, I designed a series of letters, each one based on the physical limitations of the poster. Among them, I chose the letter that best represents a compromise between the reference to the ancient mosaic and the contemporary spirit of the city. The tiles that form my mosaic are three top visions of the territory of Ravenna, characterized by three different zoom levels. Each one describes a specific aspect of the city.»