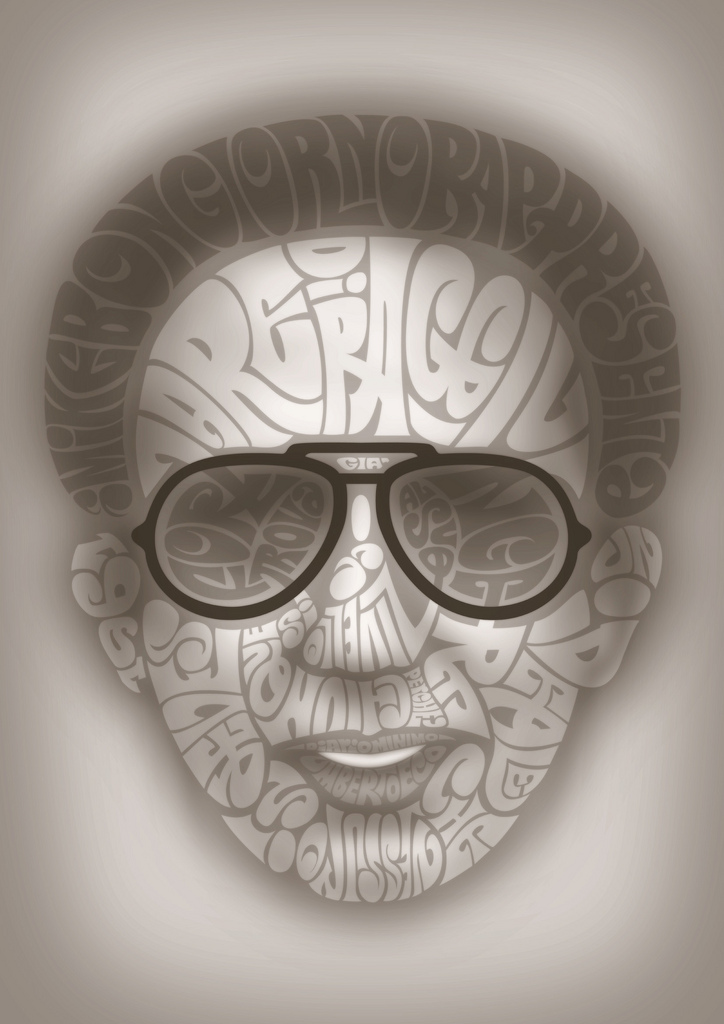 «Mike Bongiorno is an ideal that nobody has to strive for, because everyone is already at its level» – Umberto Eco, Diario Minimo, Bompiani, Milano 1963

Mike Bongiorno has been a well-known tv showman. Present from the birth of television, he contributed to the cultural decay of italian society through a character proud of his clumsiness and mediocrity and through several quiz based on sciolism and on absence of thinking. Today more than ever italian television promotes such attitude.

I developed this illustration during a workshop about calligrams held by Luca Barcellona. Starting from a series of Mike Bongiorno’s pictures, I tried to obtain a synthetic and recognizable image of the showman. Letters’ design is influenced by tv-shows of quiz and cartoons from paleo-television. Then I chose vintage, hallucinatory tones, to have an image that was an icon and at the same time an emanation.