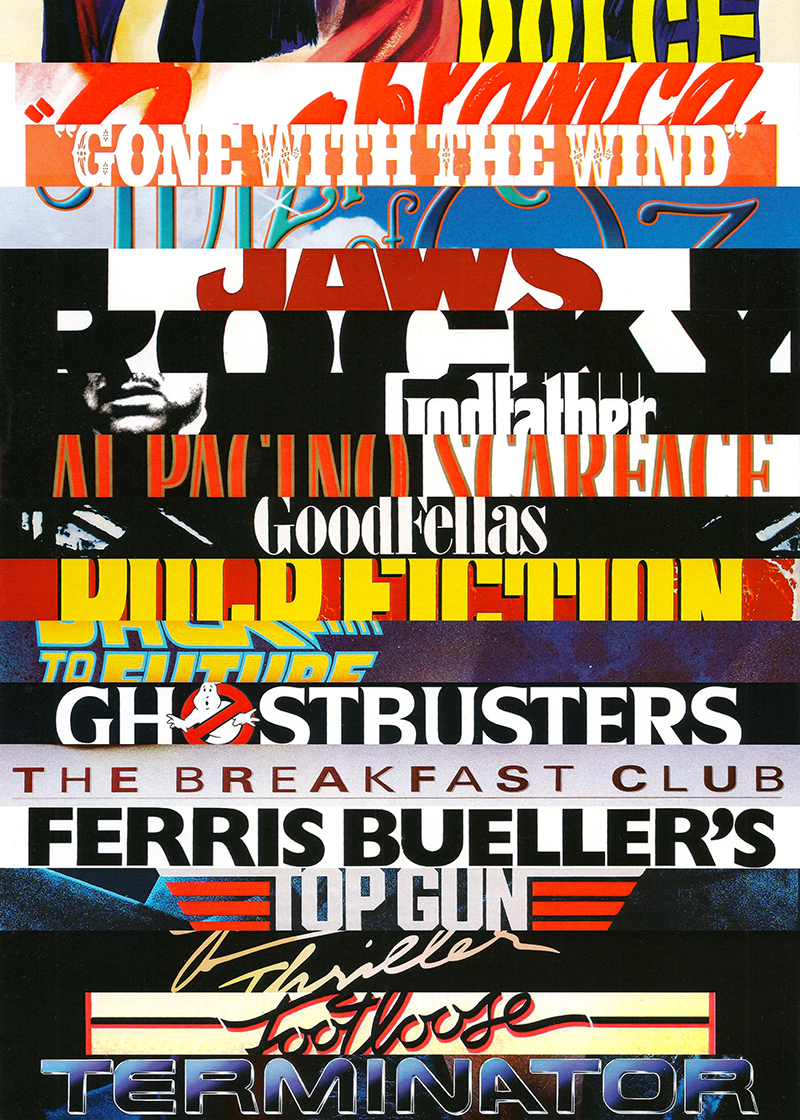 Posters are designed originally to stand out because, as urban devices, they accidentally relate to a variable context. This multilayered blending forms the cultural texture of our cities. Nowadays the role of the poster as an urban device is a bit downsized due to the spread of digital media. In this latter environment we can detect a cultural context that may seem accidental as well. This context is algorithmically defined by such relations as tags, keywords and user’s behavior. Sarah Connor in the Trevi Fountain draws a connection between the intertwining of messages in the urban environment and the digital network of related items. The starting point of the process was the movie poster for “La Dolce Vita” (often part of Mimmo Rotella’s décollages) sold on Amazon. The 17 following posters were obtained choosing recursively the first related item suggested by Amazon itself.