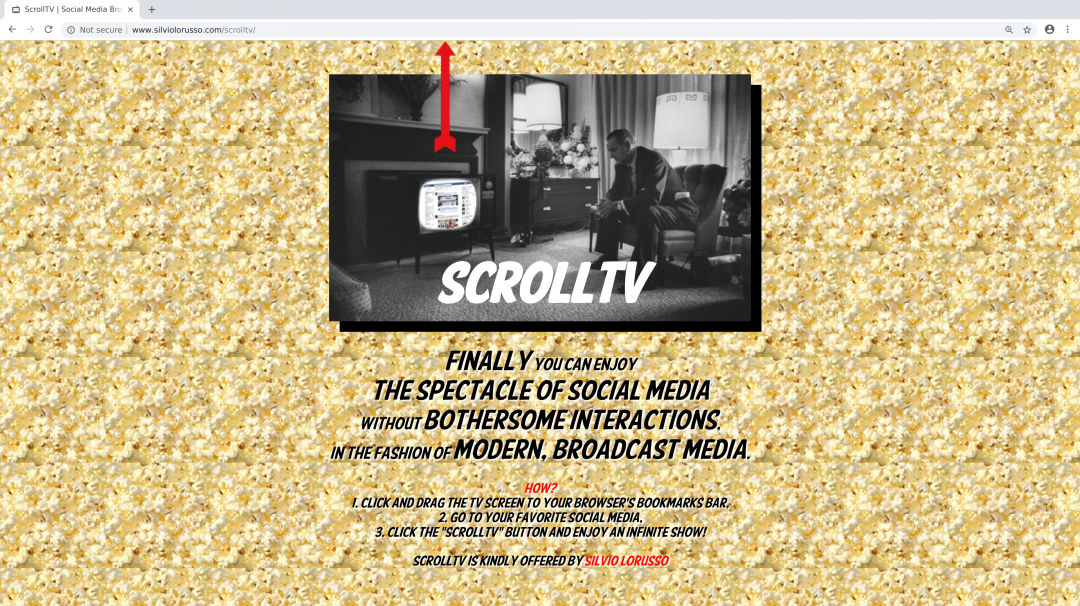 ScrollTV is a bookmarklet for Social Media Broadcasting

Finally you can enjoy the spectacle of social media without bothersome interactions, in the fashion of modern, broadcast media.

Infinite scrolling is radically changing the fruition of the internet: while multiple web pages, connected through hyperlinks, determine non-linear paths into the architecture of websites, infinite scrolling defines the experience of browsing as a constant and endless flow from top to bottom. Referring to social media and content aggregation platforms, infinite scrolling fosters a passive, non-interactive and voyeuristic relation to contents, as scrolling the mouse wheel becomes not so much different than turning the crank of a phonograph. ScrollTV radicalizes this behavior providing an interaction-less experience of social media in the fashion of broadcast television. The project is highly inspired by “Television Delivers People”, a 1973 video by Richard Serra and Carlota Fay Schoolman, in which the passive role of the spectator is revealed through the mode and language of broadcasting media themselves.