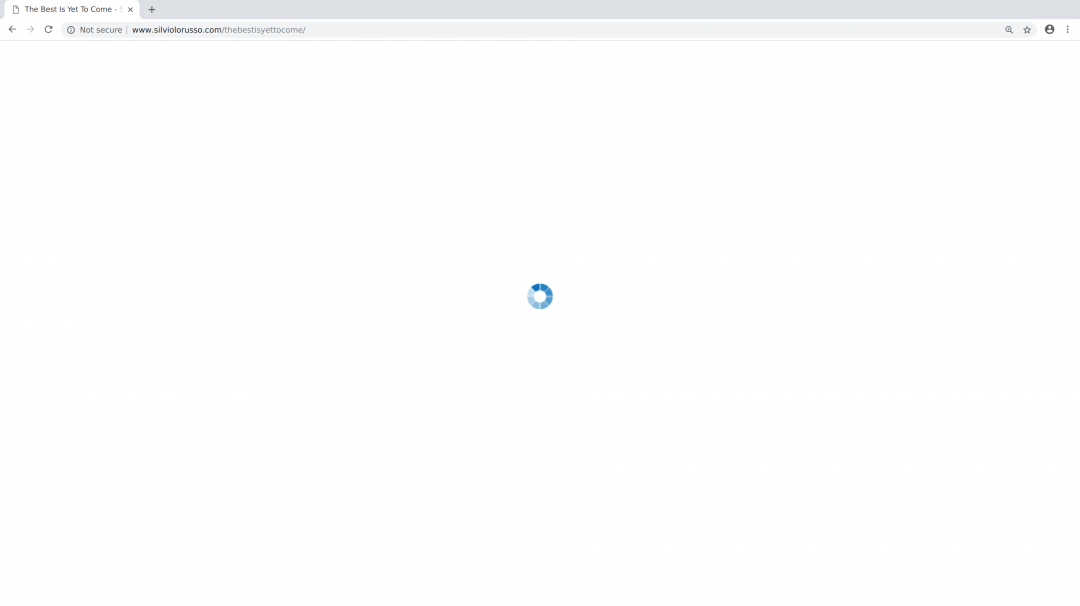 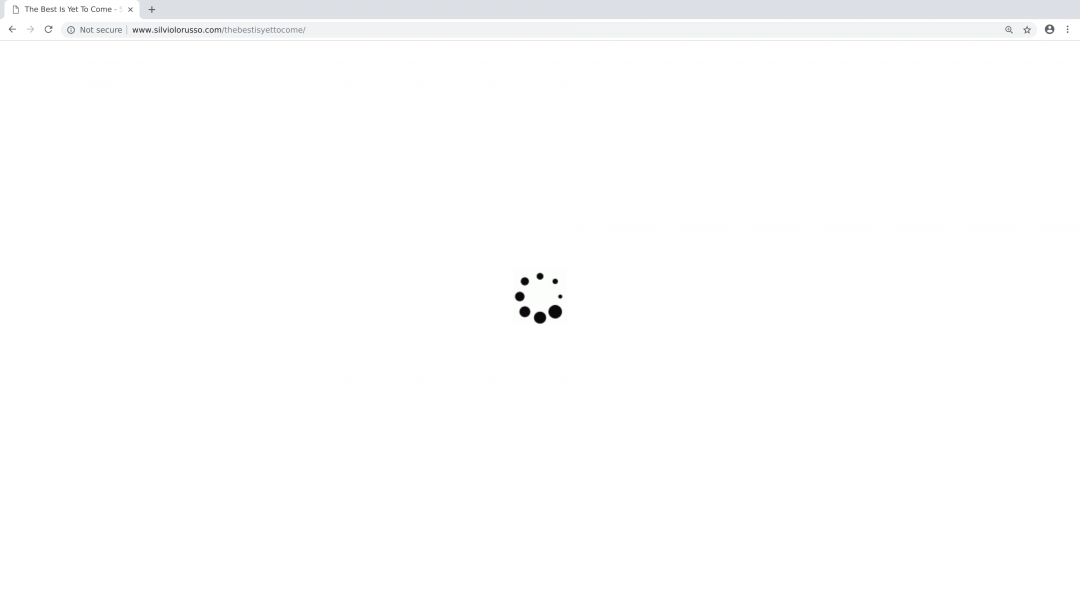 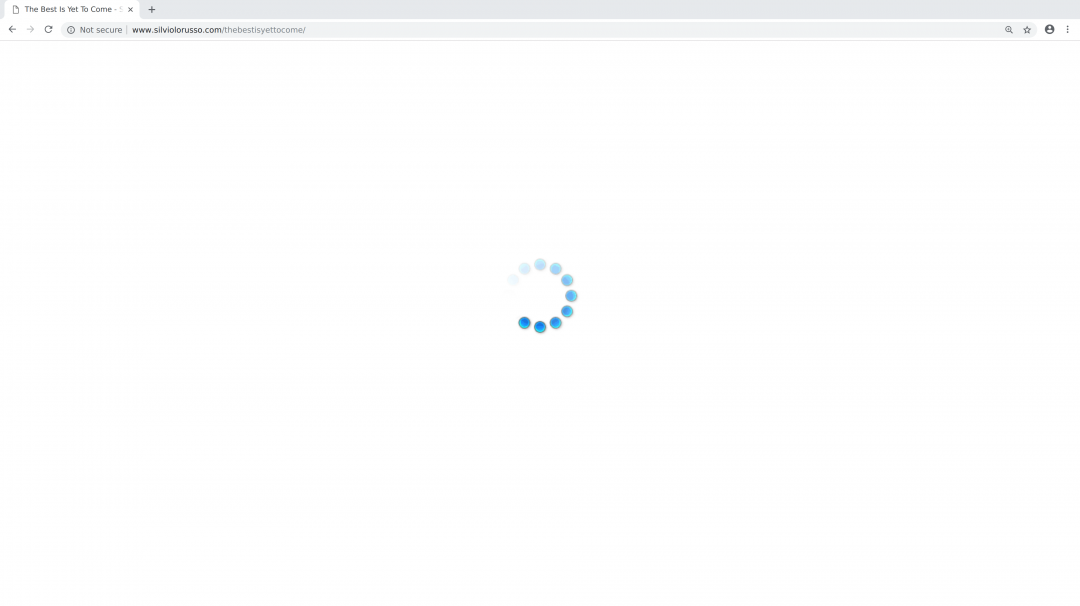 The Best Is Yet To Come is a webpage in which preloaders (animated gifs that frequently appear online while pages are loading) follow one another randomly and endlessly. Currently the series includes 87 animated gifs. The repetition of the circular movement allows the waiting moment to become a contemplation’s experience.

«The Best Is Yet To Come by Silvio Lorusso, is a never-ending loop of preloaders, animated gifs of the look of waiting online, before the content sweeps them away, unless there is a glitch, an interruption, occurred rebuffering. In The Best… the event becomes an iteration of that which precedes and follows it, difference in and of itself. If I could only wait enough, if there was enough time, everything would change, and I have all the time in the world to wait. A recent study by TubeMogul evaluated 192,268,561 video streams over a two-week period and found that 6.84% encountered rebuffers that caused playback to freeze. The study concludes 378 million rebuffer events occurred during the two-week period and with an average rebuffer time of five seconds, humans spent about 60 years looking at the revolving rebuffer symbol, waiting for the best to come.» (Sohrab Mohebbi on http://presencedocuments.com/)

The Best Is Yet To Come on the Artbase of Rhizome